About Today for Wednesday in the 12th week of Ordinary Time or St. Paulinus of Nola, B or Sts. John Fisher, B & M, and Thomas More,M 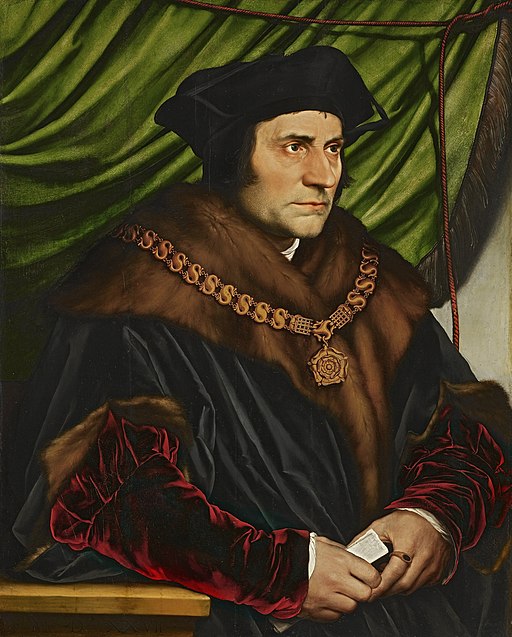 St. Paulinus was born in Bordeaux in 354 A.D. and was educated by the Roman poet and professor, Ausonius. St. Paulinus married but after his long desired son died in infancy, the couple decided to enter monastic life. Having a special devotion to St. Felix of Nola, St. Paulinus erected a hospital near Felix’ tomb and eventually helped fund the town’s aqueduct and the construction of a five-naved basilica. St. Paulinus is remembered as a theological poet. [1]

St. Thomas More was born in 1478 in London and as a young boy was placed in the service of the Archbishop of Canterbury. At the age of fourteen, he went to study at Oxford, but after two years his father had him move to study law in London. He was attracted by the new humanism. His religious faith led him to practice asceticism and to study with two prestigious communities: the Observant Franciscans and the London Charterhouse. He married, fathered children, and was elected to Parliament under King Henry VII. Because of his upright moral character, prestigious learning and sharp mind; he was made Lord Chancellor shortly before Henry VIII decided to take control of the Church of England. St. Thomas More resigned over this and consequently suffered poverty, imprisonment in the Tower of London, and beheading. Thomas More, along with 53 others, including St. John Fisher, Cambridge scholar and Bishop of Rochester, were beatified by Pope Leo XIII in 1886. More and Fisher were canonized in 1935. [2]

Written by Sarah Ciotti
Reviewed by Fr. Hugh Feiss, OSB, STD
[1] Benedict XVI, General Audience, December 12, 2007.
[2] John Paul II, E sancti Thomae Mori – Apostolic Letter in the form of a Motu Proprio, October 31, 2000.
Note: Optional Memorials and Commemorations are optional celebrations and, at present, we do not include content specific to these special days. This “About Today” is provided so that you can celebrate these Saints as you worship Christ.

Liturgy of the Hours for June 22