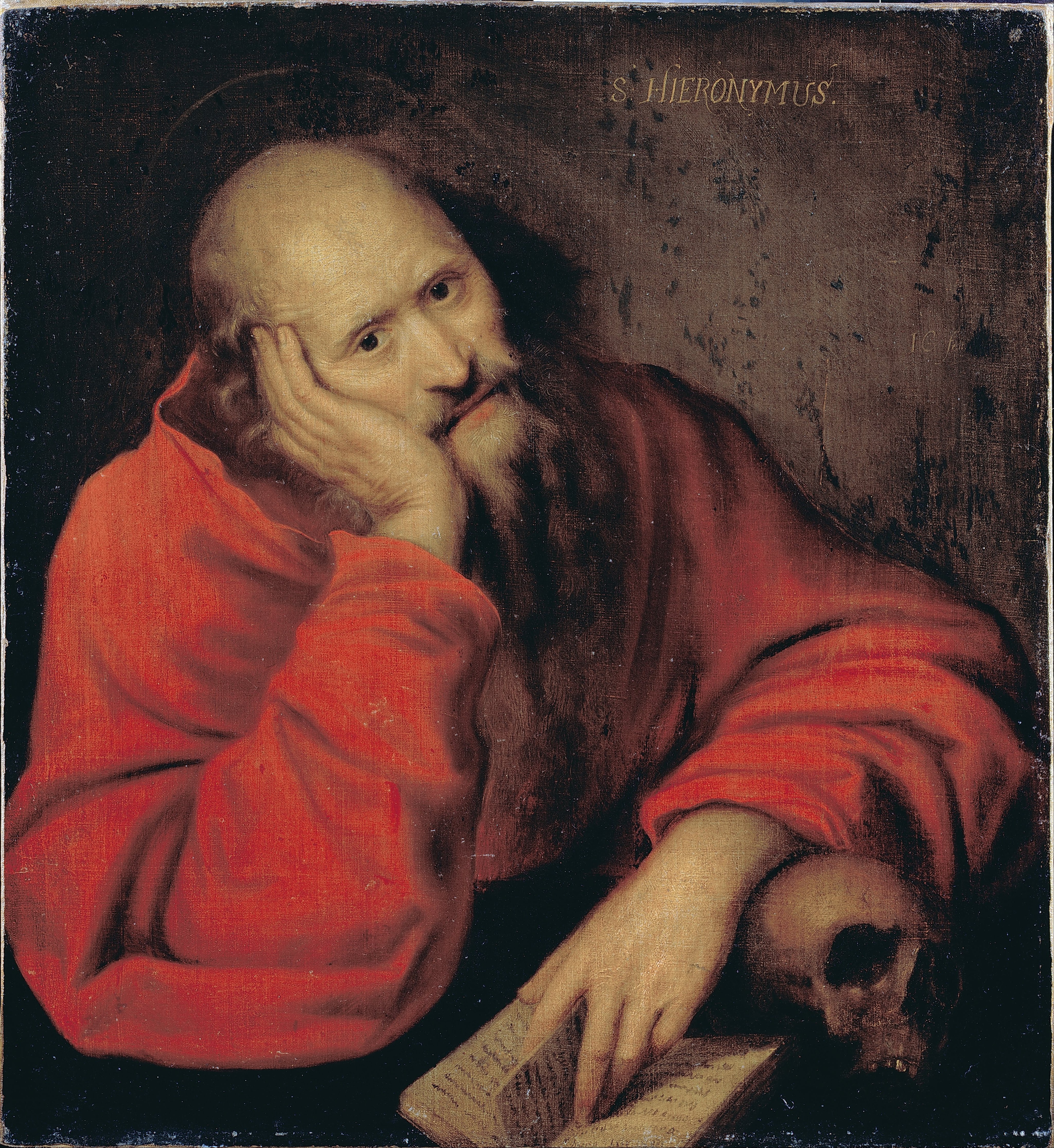 Saint Jerome, Priest and Doctor of the Church

St. Jerome was a Biblical scholar in the fourth century. He studied and was baptized in Rome, then returned to his native Aquileia where he lived an ascetic life. Around 374, he headed for Palestine, but was delayed in Antioch, where he heard the lectures of Apollinarius and decided to live as a hermit in the Syrian desert. He learned Hebrew, returned to Antioch and was ordained.

He spent time in Constantinople and then returned to Rome, where he became secretary to Pope Damasus. After the Pope’s death, he visited Egypt, Palestine, and Antioch, before settling in Bethlehem. There he founded a new men’s monastery, and continued his scholar work. St. Jerome was involved in many theological controversies of the time including those regarding Arianism, the virginity of Mary, and the teachings of Origen.

Some of St. Jerome’s greatest scholarly achievements are his translations of most of the Bible into Latin, a bibliography of the ecclesiastical writers, and translations of the works of Eusebius, Origen, and Didymus. Also, he wrote many Biblical commentaries where he infused topography and linguistics into his discussions. St. Jerome is one of the four original doctors of the Western Church.

Liturgy of the Hours for September 30