The Last Communion of St Joseph of Calasanz by Francisco Goya [Public domain], via Wikimedia Commons 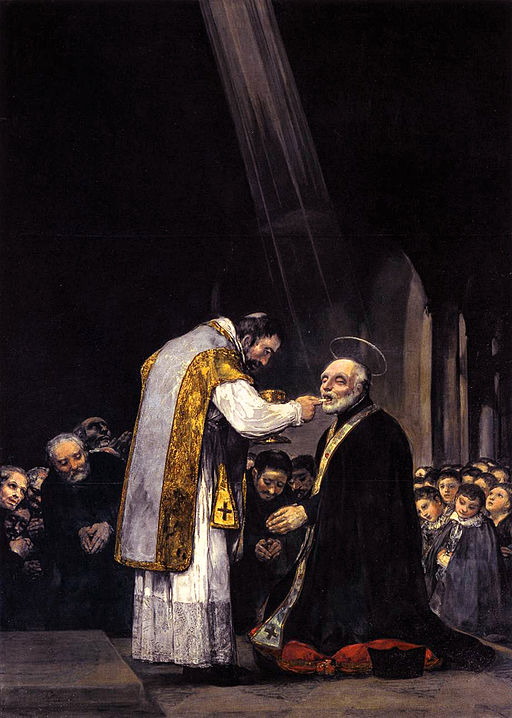 The Last Communion of St Joseph of Calasanz by Francisco Goya [Public domain], via Wikimedia Commons

Today we celebrate two great saints; St. Louis IX and St. Joseph Calasanz. St. Louis IX was King of France in the 13th century, having become king at age 13. Throughout his reign, St. Louis defended justice and promoted peace. He organized ‘the court of the king;’ bringing regular reviews of feudal cases. He prioritized the poor; founding many hospitals and charitable organizations. Also, he loved architecture; supporting the famous Sorbonne University and the Sainte Chappelle, the ‘Holy Chapel’ known for its architectural complexity with stained glass. He was canonized in 1297 by Boniface VIII. [1]

St. Joseph Calasanz was born in Aragon, in the Kingdom of Spain, in the 16th century. He performed well in school, earning a Doctor of Law and a degree in theology. After the death of his mother and brother, he became ordained. He held many ecclesiastical offices including; confessor, synodal examiner, procurator, and Secretary of the Cathedral. At age 35, he moved to Rome, discovering many orphaned and abandoned children. He started caring for them and quickly established a free school. He founded the Order of the Pious Schools (Piarists) to teach the over 1000 children soon in attendance. This became the first public schooling system in Europe. He welcomed every child regardless of faith, wealth, or cultural heritage. He was canonized by Clement XIII in 1767. [2]