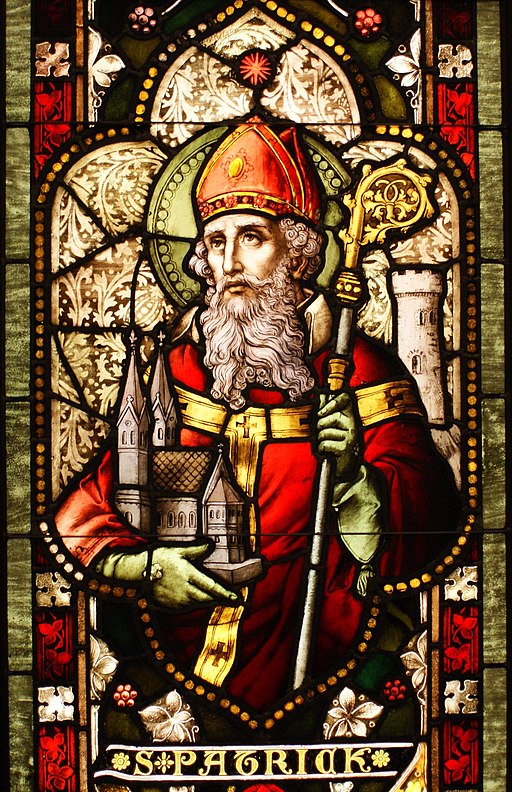 Today the Church remembers Saint Patrick, Bishop and Apostle to Ireland. Born in 387 in Scotland, Patrick was raised by affluent parents of Roman rank. At age 16, Patrick was kidnapped and forced into slavery, where he had to herd sheep for a Druid high priest in Ireland. In his 6 years of captivity, Patrick learned the Celtic tongue and saw the beliefs and rituals of Druidism.

In his early twenties, Patrick escaped Ireland and returned home to Scotland. He entered religious life but soon discovered he longed to minister to the Irish people. He had a vision at the time, which he recorded in a letter entitled, Confessio.

It states, “I saw a man coming, as it were from Ireland. His name was Victoricus, and he carried many letters, and he gave me one of them. I read the heading: “The Voice of the Irish”. As I began the letter, I imagined in that moment that I heard the voice of those very people who were near the wood of Foclut, which is beside the western sea — and they cried out, as with one voice: ‘We appeal to you, holy servant boy, to come and walk among us.’”

With his vision as encouragement, he returned to his old master, paid his own ransom, and began preaching the Word of God. It is said one of his favorite illustrations was to use a shamrock to explain the Trinity.

Patrick’s ministerial success testifies to his love for the Irish people and his desire to welcome them into the family of God. It is said he baptized thousands, converted wealthy women and their sons, as well as ordained priests to carry on his work. Over fifteen hundred years later, his legacy remains.*

Written by Sarah Ciotti
Catholicpedia: The Original Catholic Encyclopedia (1917) for iPhone, iPad, and iPod Touch. s.v. “St.Patrick”
Note: Optional Memorials and Commemorations are optional celebrations and, at present, we do not include content specific to these special days. This “About Today” is provided so that you can celebrate this Saint as you worship Christ.