About Today for Wednesday in the 25th week of Ordinary Time 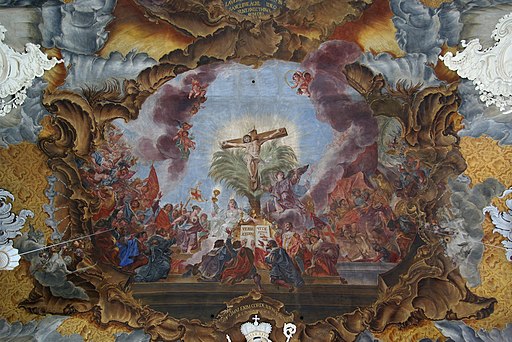 The Exaltation of the Holy Cross

“Have this mind among yourselves, which was in Christ Jesus, who, though he was in the form of God, did not count equality with God a thing to be grasped, but emptied himself, taking the form of a servant, being born in the likeness of men. And being found in human form he humbled himself and became obedient unto death, even death on a cross,” (Phil.2:5-8). [1]

Today we honor the Exaltation of the Holy Cross and Jesus’ triumph upon it. In today’s feast, we are reminded of God’s plan of Salvation and His work to raise up humankind through the saving power of Jesus Christ. In Christ on the Cross, sin is overcome and we are offered a new life, with Christ at the center. According to a traditional account, the relics of the holy cross were discovered by St. Helena, mother of Constantine the Great, in 326 when she was on a pilgrimage in Jerusalem. The relics were captured by Persians but later returned in 628 and now reside at the Church of the Holy Sepulchre. [2][3][4]

One thought on “About Today”

Liturgy of the Hours for September 22