About Today for Sunday in the 4th week of Ordinary Time

Holy Saturday is a day of silence, rest, and prayer. Today God is concealed, which creates a divine pause, stilling our hearts. Traditionally, there are no liturgical celebrations until the Vigil as the Church waits for the return of the Servant. As the people of God, we are asked to enter into Christ’s rest, a form of self-emptying. As Pope Francis said, “Holy Week is not so much a time of sorrow, but rather a time to enter into Christ’s way of thinking and acting. It is a time of grace given us by the Lord so that we can move beyond a dull or mechanical way of living our faith, and instead open the doors of our hearts.”[2][3] 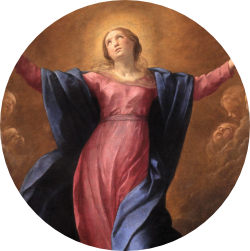 Dear Lord please help my friend whose husband is divorcing her. Please give her peace and comfort. Please lead her husband back to you Dear Lord. If it be your will please save their marriage andwatch over their two sons one of whom is struggling with anger and resisting love from his parents. Amen.

We Pray for the Fall of Religious Persecution Worldwide and the Fall of Pride and Prejudice also Worldwide-Through Jesus Christ our Lord. Amen

God, I pray you bless my job, guide me, and help me to overcome difficulties a forth. Your mighty God is with me, don't do to my intention but do it in your will. Amen

I had a relapse with my alcoholism this week. I've been stressed about my prescription drug program. I got overwhelmed and my faith lapsed. I need prayer. I'm sober today. But I wasn't the last 5 days. Plese lift me up in prayer.

Pray for my brother who has an injured back and knee. Please God bring healing to his body and soul.

For the repose of the soul of Tyre Nichols and all those who lose their lives as a result of violence and man's inhumanity to man and for their families and loved ones. Lord, hear our prayer.

In thanksgiving for the pastoral guidance and instruction of Father Paschal Onunwa as he returns to his home diocese and for the safe return of Father Francis Chiawa to us. Praise the Lord!

For strength, wisdom and, divine guidance for Chief CJ Davis.